In 2016 I established a firm base in Sheffield from which to exhibit and develop my creative practice. A success, all things considered. However, this year I intend to widen my audience and develop my practice away from Sheffield with the intent on establishing myself as a UK artist. You see, while being relatively known locally is nice and indeed important as it provides a solid foundation from which to build, by ultimate aim is to become an established UK based artist – with a UK wide audience.

It’s hard to believe that this time last year I had no experience in exhibiting my perfume portraits. However, over the course of 2016 Perfume as Practice found its way into 3 solo exhibitions, a few talks, a few group exhibitions and even a few commissions. The sheer presence of the project enabled me to initiate relationships with other arts institutions and as such, my aim of housing 2 solo Perfume as Practice exhibitions a year, under the guise of Spring/Summer and Autumn/Winter collections will almost certainly be achievable this year with an expected show at Surface Gallery, Nottingham, in September. 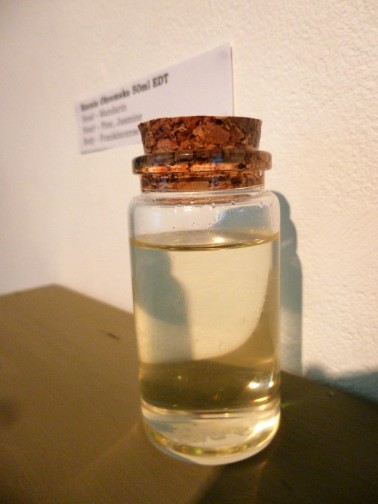 Inadvertently, I established myself as something of a facilitator of artistic activities in 2016, as evidenced by UNITY – a group exhibition devised and curated by myself and Sharon Mossback, and FUSE – a group exhibition at The Holt, Sheffield.  This is something that I see myself building on this year, especially with the imminent arrival of The Court of Love and corresponding poetry open call.

Speculative Studio Spaces – a.k.a that other thing I do that isn’t perfume – had some presence in 2016, with a solo show at BasementArtsProject, Leeds. This project seems a little underdeveloped in comparison to Perfume as Practice and as such, I aim to create a firm body of work which will take the guise of a small stage play: If I can get the play written and performed at some point this year than I’ll be happy. 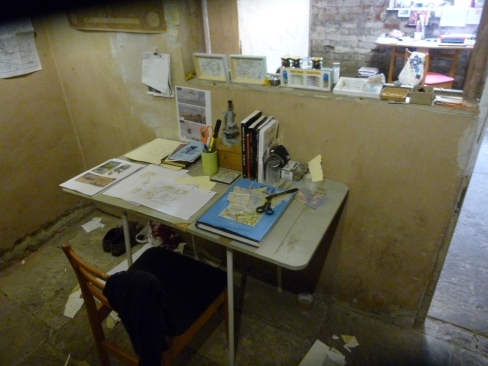 And what of that old chestnut Pixel Poetry? This project saw resurgence in the latter half of last year. With a few more poems based on video games created and performed. I’m pretty happy to have this one continue to bubble under the surface. It’s sort of established itself as a hobby more than anything – a relaxed alternative to the pressures of my other projects, which are bloody hard work at times.

So this year I want to build on the successes of last year, develop more coherent perfumes, create a stage play and have fun with a little poetry, all the while establishing relationships with arts organisations outside Sheffield. Better get on with it then!

This entry was posted on January 5, 2017 by borkowskyart. It was filed under Art and was tagged with 2016, 2017, aims, Art, creative practice, culture, events, exhibitions, hopes, perfume, perfumery, Scent, Stage play, thoughts, work.

Staged a few perfume making workshops from my own studio today. Thank you to everyone who came - Hope you enjoyed a bit of fun and fragrance! 👍🎨 . . #art #making #workshop #bespoke #original #fun #perfume #perfumeaspractice #PerfumerOfThePeople #event #culture #fragrancelovers #fragrance #instaperfume #scent #smell #aroma #essentialoils #bottles #learning #teaching
This ensemble of perfumes are each a depiction of lust, except 1, which depicts love. But which one?! See if you can sniff out the answer for yourself at @cascgallery, Chester, where they are currently exhibited. The perfect game for Valentine's Day 🎨👍♥️ . #art #valentines #love #lust #valentinesday #perfume #scent #smell #fragrance #fragrancelovers #instaperfume #perfumeaspractice #PerfumerOfThePeople #event #exhibition #culture #heart #game