Charting My Year of Change

2014 has been a joyously productive beast with a tenancy to provide moments of reflection and a degree of transiency. My practice has meandered from the virtues of re-imagining still-life to exploiting the art found within video games to considering the studio space as a viable means of expression.

My identity as an artist has shifted. With a view to dismiss the problematic notion of being considered simply as ‘that guy who makes paint out of food’ I sought new ways of investigating the creative process, including looking at the nature of the idea, ways in which artists interact with their materials and their spaces and investigating the tension between the studio space and the exhibition space.

My year – in the context of my creative practice – began in February, as I threw myself into holding my first solo exhibition. Ironically, this particular endeavour provided me with a new found respect for collaborative work, as the strains of doing everything yourself left me exhausted and unfulfilled.  Though it was a valuable experience overall.

March and April saw focus shift from our group exhibition in New York. SCIBase – a collaborative I’m a part of – was to hold an exhibition spanning two galleries in Jamestown, NY during April: Though of course the organisation and cash required to get artists over the pond required a great deal of planning. I cannot take much credit for the planning myself, I was just happy to be involved in this collaborative for the first time. Hopefully I will redeem such lack of direct planning with a collaborative I am trying to arrange for next year between SCI and Yorkshire Artspace.

There was a great deal of success to be found within our exhibition in Jamestown, not least because we became an example of a crowdfunding campaign that actually worked! Though, with regard to my actual practice, one thing became clear – My food based pursuits had reached a logical conclusion.

And so, to new directions: My work has always involved looking at ways to investigate creative processes and so, whilst the idea of ‘finding art in video games’ might have appeared to have come out of nowhere,  I would suggest that the notion of taking something, removing it from it’s context and re-imagining it within another space is a subject I have always been concerned with.

From May to October I acquainted myself with the subject of video games and, through two co-devised and co-curated exhibitions at Millennuim Galleries and Access Space, met several artists who themselves are concerned with the themes found within gaming. On reflection, the exhibition at Millennuim Galleries was probably quite insular; a lot of work had to be done – from finding a place for artists to drop off work to finding exhibition walls in order to hang the stuff! – and I believe this amount of work had a negative impact on the execution. Perhaps I am being a little harsh due to the stresses of being directly involved in the organisation of it, but the exhibition on the whole seemed to lack a little atmosphere and perhaps became disconnected from its source material.

The lessons learnt during the Millenium Galleries Exhibition were applied to the exhibition at Access Space – a much more coherent, well-received, and fun celebration of what gaming can be. It’s probably the highlight of my year, and it’s success has allowed me to develop lasting relationships with artists and arts organisations – something valuable to an artist still within the relatively early stages of their career. Credit too should go to Access Space, who – as well as thinking the whole thing was a bloody good idea – were unparalleled in their support and guidance. I really hope I work with them again.

As we approached Autumn it became apparent that the transition from food-based work to something else still remained. I returned to the source of why I had been looking at food in the first place; namely, in an attempt to disrupt the process of creating works of Still Life. I began to develop work around the Physical properties of items, the materials we use and the choices we make in order to form a relationship with those materials and so, the idea of the ‘Speculative Studio Space’ was born, almost fully-formed, to act alongside my upcoming residency at Bank Street Arts as a strong springboard from which to leap into 2015.

There was other stuff too, of course, not least mine and Sharon’s ‘Reviving Leviathan’ collaboration and the exhibition I hosted at Funky Aardvark Gallery, Chester. All valuable experiences and all contributing to a fruitful and productive year overall.

Indeed, it isn’t over yet. I still have paint for sale at Cupola Gallery. Yes, the whole year has passed and I’m still ‘that guy who makes paint from food!’ I’m more than happy to make it if people enjoy it though. I just don’t want it to be all I’m known for; which hopefully I’m not anymore.

Anyway the paint, made from chocolate, retails at £5. A great gift for those chosen few who are fond of both painting and chocolate at this festive time of year. …Oh, that reminds me, happy ruddy holidays everyone 🙂 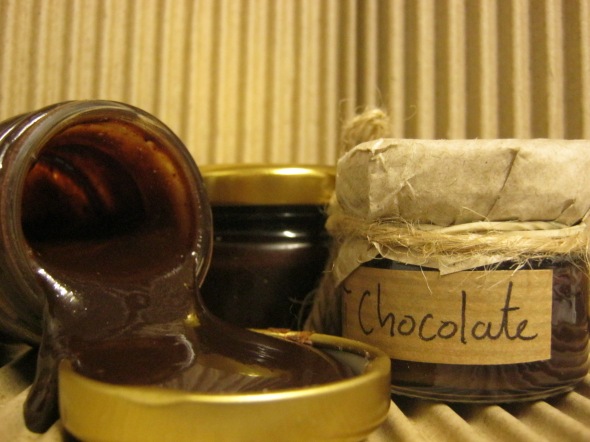 My Chocolate Paint for sale at Cupola Gallery, Sheffield

Staged a few perfume making workshops from my own studio today. Thank you to everyone who came - Hope you enjoyed a bit of fun and fragrance! 👍🎨 . . #art #making #workshop #bespoke #original #fun #perfume #perfumeaspractice #PerfumerOfThePeople #event #culture #fragrancelovers #fragrance #instaperfume #scent #smell #aroma #essentialoils #bottles #learning #teaching
This ensemble of perfumes are each a depiction of lust, except 1, which depicts love. But which one?! See if you can sniff out the answer for yourself at @cascgallery, Chester, where they are currently exhibited. The perfect game for Valentine's Day 🎨👍♥️ . #art #valentines #love #lust #valentinesday #perfume #scent #smell #fragrance #fragrancelovers #instaperfume #perfumeaspractice #PerfumerOfThePeople #event #exhibition #culture #heart #game